Being Good Relations Network then and now

As of January 2019, in light of the changes in the church governance structure, we are now a network covering the province of Alberta, northeastern BC and NWT; and parts of territories of Treaties 6, 7, 8, 10 and 11 and Metis Nation of Alberta regions across two United Church Regions: Northern Spirit, and Chinook Winds.

We met in October 2019 at St. Albert United Church in conjunction with an event they hosted with speakers Dr. Pat Makokis and Dr. Davina Rousell on allyship.   A core group of convenors continues to discern how to best support any and all witnesses and communities of faith in nurturing better relations between settlers and newcomers and Indigenous peoples.

The Living into Right Relations Standing Committee serving Alberta, Yukon, NWT, and northeastern BC held several gatherings at camps. The purpose: to bring together Indigenous Elders and leaders, settlers, and newcomers to learn about our shared history and build relationships, and to be equipped to raise awareness of the Settlement Agreement and TRC process, and other Indigenous justice issues in their congregations and Presbyteries.  The KAIROS Blanket Exercise was a cornerstone to these events.

In 2016, we invited congregations to name one or two witnesses who would ‘carry the torch’ to respond to the Calls to Action issued by the TRC. Some 50 congregations and 100 people took up the challenge articulated by TRC Chair Sinclair this way:  “We have described for you a mountain. We have shown you the path to the top. We call upon you to do the climbing.”

In May 2017 and October 2018, the Living into Right Relations group sponsored two “Boosts for the Journey” for the witnesses from all over the former Alberta and Northwest Conference.  Along with the Blanket Exercise and other videos, we examined what it means to adopt the United Nations Declaration on the Rights of Indigenous Peoples as a framework for reconciliation, and to honor the Calls to the Church from the Indigenous United Church. We talked about ways our congregations can learn and grow into an understanding of “We are all Treaty people”. 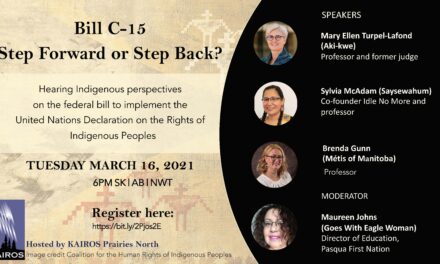 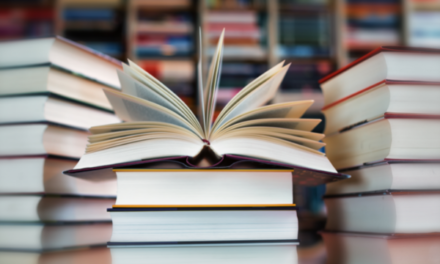 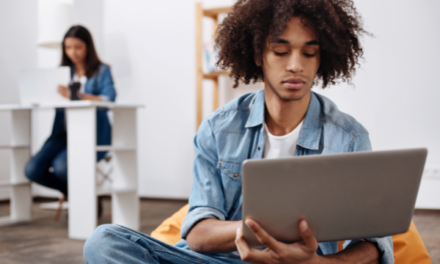 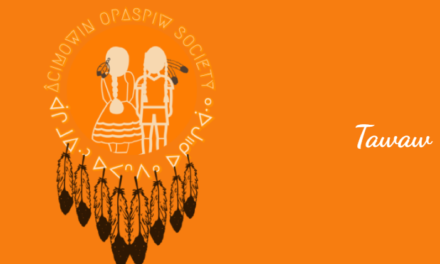